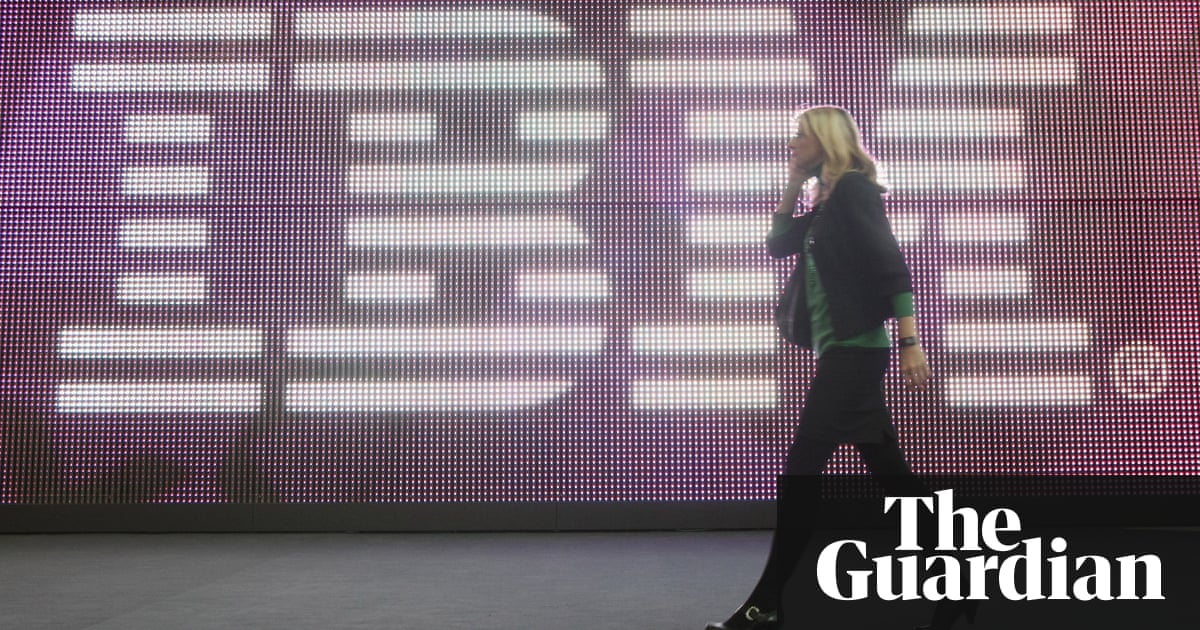 It was man 1, machine 1 in the first live, public debate between an artificial intelligence system developed by IBM and two human debaters.

The AI, called Project Debater, appeared on stage in a packed conference room at IBM’s San Francisco office embodied in a 6ft tall black panel with a blue, animated “mouth”. It was a looming presence alongside the human debaters Noa Ovadia and Dan Zafrir, who stood behind a podium nearby.

Although the machine stumbled at many points, the unprecedented event offered a glimpse into how computers are learning to grapple with the messy, unstructured world of human decision-making.

‘Surveillance society’: has technology at the US-Mexico border gone too far?

It’s worth noting, however, that there were many members of IBM staff in the room and they may have been rooting for their creation.

IBM hopes the research will eventually enable a more sophisticated virtual assistant that can absorb massive and diverse sets of information to help build persuasive arguments and make well-informed decisions – as opposed to merely responding to simple questions and commands.

Project Debater was a showcase of IBM’s ability to process very large data sets, including millions of news articles across dozens of subjects, and then turn snippets of arguments into full flowing prose – a challenging task for a computer.

The machine spoke with a confident female voice with a natural cadence, segues and organisational structure to its speech, but it lacked linguistic precision and argumentative clarity.

During the space debate, for example, it repeated the point that space exploration is beneficial to the economy several times using slightly different words. There were also times when the second clause of a sentence didn’t smoothly follow the first clause. At other times, the AI system injected random anecdotes and quotes in a way that didn’t feel entirely natural.

At one point, mid-sentence, the AI mentioned the astronaut Scott Kelley and then said “voiceover”, indicating that portion of the argument had been taken from a video transcript.

Without hand gestures (well, without hands altogether) or facial expressions, it was also much harder for audience members to stay engaged when listening to the robo-debater.

The company has spent six years developing Project Debater’s capabilities, including data-driven speech writing and delivery, listening comprehension for identifying key claims made within a speech, and the ability to formulate principled arguments. It expands upon the capabilities of IBM’s supercomputer Watson, which is being used by companies to mine huge internal data sets – including helping doctors diagnose different types of cancer.

Using language and reasoning to debate is a far more complicated game.

“The rules of chess are very few. The board is very small and the number of pieces is tiny. Even for Go, where the board is substantially larger, we’re still talking about an extremely bounded and well defined space,” said Chris Reed, a professor at the Centre for Argument Technology at the University of Dundee, who attended the debate.

“With language, it’s not nearly so clear,” he said. “There’s a lot more flexibility in what constitutes a turn and the rules of the game.”

Once an AI is capable of persuasive arguments, it can be applied as a tool to aid human decision-making.

“We believe there’s massive potential for good in artificial intelligence that can understand us humans,” said Arvind Krishna, director of IBM Research.

One example of this might be corporate boardroom decisions, where there are lots of conflicting points of view. The AI system could, without emotion, listen to the conversation, take all of the evidence and arguments into account and challenge the reasoning of humans where necessary.

“This can increase the level of evidence-based decision-making,” said Reed, adding that the same system could be used for intelligence analysis in counter-terrorism, for example identifying if a particular individual represents a threat.

In both cases, the machine wouldn’t make the decision but would contribute to the discussion and act as another voice at the table.

While the debate may seem like a stunt, Reed believes it to be an important demonstration of the limits of artificial intelligence.

“It helps the public understand where the state of the art is, which means panics about the imminent robot apocalypse might be tempered a little bit,” he said.