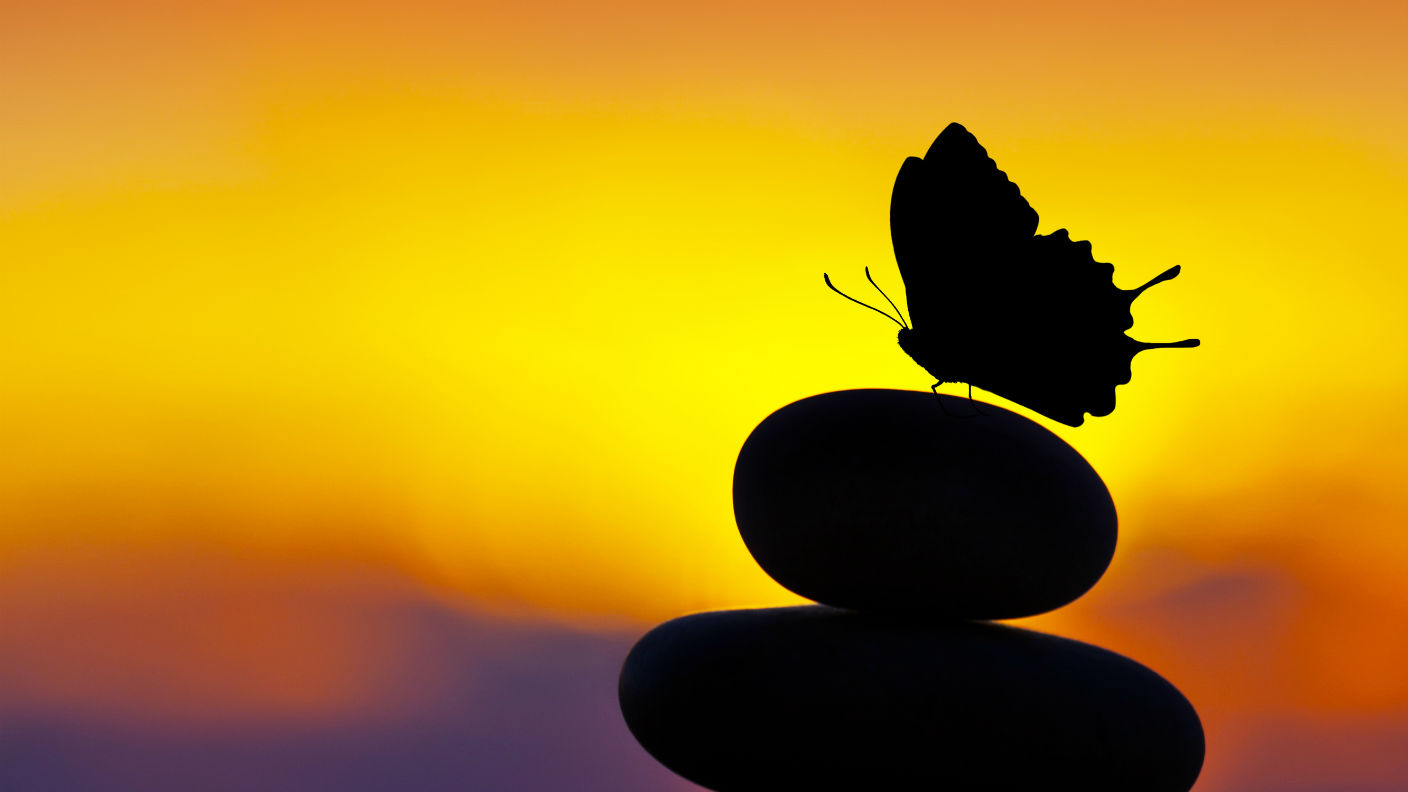 In 1997, when Jeannne Loise Calment died at the age of 122, she was the longest-living human on record.

But she won’t always be.

According to a new study published last week in Science, humans are nowhere near our maximum lifespan—if such a limit exists at all.

By analyzing the mortality rates of nearly 4,000 Italian super-centenarians 105 years and older, a team surprisingly found that the risk of death—which increases with age for most of human life—suddenly tapers off in the very-old. If you live to 105, your chances of dying in a given year are roughly 50/50, and it seems to stay that way.

If proven in other populations, this leveling off of mortality rates—dubbed a “mortality plateau”—has astonishing implications.

“If there is a mortality plateau, then there is no limit to human longevity,” said Dr. Jean-Marie Robine, a demographer at the French Institute of Health and Medical Research who was not involved in the research.

Although researchers have long agreed that the risk of death steadily climbs in adulthood until the age of 80, what happens next is the subject of a vehement dispute between two camps.

The first group believes that there is a limit to human lifespan. Back in 2016, Dr. Jan Vijg at the Albert Einstein College of Medicine in New York City sparked heated debate when his team found that human shelf life hits a biological ceiling at roughly 115 years. The team turned to two international databases on longevity to work out the likelihood that an elderly individual may die in a particular year.

The results seemed clear: although human maximum lifespan rose by roughly five years—up to 115—between the 1970s and the 1990s, the trend collapsed to a halt by 1995. Despite innovations in medicine such as sanitation, antibiotics, vaccines, and surgical techniques, humans just aren’t dying any later. Although there may be outliers like Calment, Vijg’s team believed that a person’s likelihood of living to 125 is a measly 1 in 10,000.

The results intuitively made sense. Animals all have a natural lifespan: a dog, for example, can never live as long as a human, regardless of nutrition, exercise, or other health-promoting treatments. Biology also seems to scream for a hard limit. As we age, our DNA and proteins increasingly accumulate damage, turning our well-oiled molecular machineries to utter disorder. These changes then result in diseases like cancer or Alzheimer’s.

Even if age-related diseases don’t kill you off, at some point the body just seems to give up. Super-agers don’t die of a disease in particular—Calment, for example, passed of unknown causes—yet they still die.

“Too many of their bodily functions fail,” explained Vijg at the time. “They can no longer continue to live.”

Don’t despair yet. Viijg’s study sparked a fierce debate among academics almost as soon as it hit the web. Some argued that his statistical methods were flawed. Others said the conclusions weren’t based on sufficient data. Several months following Vijg’s initial publication, five teams made their criticisms official in a series of academic papers in Nature.

“There is an alternative explanation,” said Dr. Maarten Pieter Rozing at the University of Copenhagen’s Center for Healthy aging, who co-authored one of the rebuttals at the time. “[Maximum age] is simply increasing over time, and what we see as a decline [in lifespan extension] is actually a spurious finding based on visual inspection and statistics that should not have been used in that way.”

The new study steps into this firestorm with a vastly-improved dataset.

Human demographers face two main challenges when studying lifespan. One, there aren’t many people who live up to such an advanced age, making statistics difficult to perform. Two, people tend to lose track of their age, and self-reports can be flawed.

“At these ages, the problem is to make sure the age is real,” explained author Dr. Elisabetta Barbi at the University of Rome.

To ensure the quality of their dataset, Barbi and colleagues tapped a valuable resource: records of every Italian aged 105 or older between 2009 and 2015. The individuals had birth and death certificates, allowing the team to verify their exact age without running into the problem of “age exaggeration.” For individuals who were still alive at the time of the study, the team collected a certificate of survival.

The dataset also allowed the team to track every individual across multiple years, rather than grouping subjects into age intervals—a practice adopted by previous studies that use combined datasets. Tracing individual survival trajectories is the golden child of demographics, especially in a relatively large sample of nearly 4,000 individuals, roughly 450 of whom are men.

“These are the best data, I think, at extreme ages that we’ve ever had,” said study author Dr. Kenneth Wachter.

The results verified that death rates skyrocket in our 70s and 80s, and that women make up the dominant fraction of the very old. But unlike previous datasets, these Italian super-centenarians clearly show that the risk of dying bluntly plateaus around age 105. The team also found that people born slightly later in their cohort have an even lower death rate at 105, suggesting that the plateau is sinking with time.

“If even at 105 the chances of surviving are getting better, then we’re not pushing up against some hard limit,” said Wachter. It seems that longevity is continuing to increase.

The results are “very interesting and surprising,” said Dr. Siegfried Hekimi, a biologist at McGill University in Montreal. Hekimi co-authored one of the rebuttals back in 2017 to Vijg’s original 115-year lifespan study.

Dr. Kenneth Howse at the Oxford Institute of Population Ageing agrees. The study “provides the best evidence to date” that death rates taper off in the extremely old, he said.

Yet the new study isn’t without its critics. Dr. Brandon Milholland, who helped identify the 115-year limit, said that the new study was too limited in that it only observed a tiny fraction of the human population in only one geographic location.

“It seems rather far-fetched that after increasing exponentially, the chance of dying should suddenly stop in its tracks,” he said.

Robine agrees. Unpublished data from France, Japan, and Canada suggests that the mortality plateau isn’t so clear-cut, he said, adding that a global analysis is needed to see if the results extend to a wider slice of humanity.

Why should death rates suddenly screech to a halt in the very old?

The new study doesn’t provide answers, but the authors have some ideas. One is natural selection: some people have genes that make them more prone to diseases than others. These populations die long before they hit the 105 mark, leaving behind a pool of resilient elderly folk.

Another possibility—perhaps far more interesting—is that at some point our body’s repair mechanisms balance out the damage. Super-centenarians could simply be enjoying a slow life at the molecular level: their cells don’t divide as often and may have lower metabolic rates, resulting in less damage.

We see this in cancer, explained study author Dr. James Vaupel. “Cancer is quite a common cause of death for people in their 70s, 80s or 90s. But very few people die from cancer over 100.”

“The fact of the plateaus indicates that something is holding in check bad outcomes at extreme ages,” said Wachter. We don’t yet know which genetic effects are responsible for this braking effect, but they were likely imprinted at younger ages—and discovering those effects may offer further insights into aging and potential restoration.

The new study is unlikely to settle the age-limit dispute, but if the conclusions are proven with a larger datasets, it opens up an incredible opportunity to battle aging. Many experts believe that the very old are beyond medical treatment. But if the odds of dying don’t increase with age over a certain point, then interventions such as restricting calories or drugs could potentially help the very old as well.

In other words, we may be able to forestall death, potentially at any age.